Rihanna To Make History As The First Black Woman To Create Luxury Collection With Louis Vuitton. 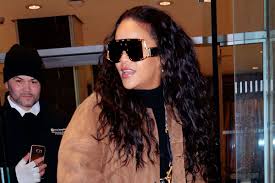 Is Rihanna the Coco Chanel of the 21st century?

The way she is making moves outchearrr seems like she’s a mogul in the making. I know y’all are patiently waiting on that new album that’s set to drop this year, but it seems she’s decided on serious moves to making Benjamins!

According to reports by WWD, Rihanna has reportedly agreed to collaborating with Moet Hennessy Louis Vuitton (LVMH) which happens to be the parent company to Dior, Givenchy and Fendi, on a deal that will make her the first black female designer of the largest luxury conglomerate in the WORLD! 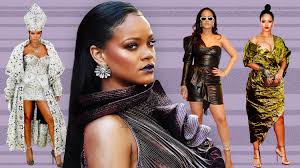 Though there has yet to be a public statement from either Rihanna or the fashion house, Rihanna has been photographed wearing custom Fenty sunglasses, fueling rumors that she’s going to be tapping into the luxury accessories market!

The design details are still under wraps but regardless, the Fenty and LVMH collaboration is already looking to be one of the hottest drops of the upcoming year!

Its all about the money…Goals ladies!