Kung Fu Renewed For Season 2 At The CW

Kung Fu Renewed For Season 2 At The CW

The CW has renewed its reboot of the iconic martial arts drama series Kung Fu for season 2 to air sometime in the 2021-2022 season schedule. Developed by Christina M. Kim, the series is a modern-day adaptation of the David Carradine-led drama of the same name that aired in the '70s on ABC. The story centers on Harvard dropout Nicky Shen who utilizes her expertise in martial arts to help her family and community combat an increasing triad problem in her hometown as a vigilante.

First announced in September 2017, the project marked the third attempt at rebooting the Kung Fu IP, both of which were set at Fox and would have centered on a female protagonist. One was set in the '50s that would take a similar approach to the original series as she traveled across America. The other would see a Chinese-American woman inherit her father's kung fu center and learn it's a center dedicated to helping members of the Chinatown community who have nowhere else to turn. After failing to get off the ground at the network, the Greg Berlanti-executive-produced pilot would move to The CW and be picked up to series with Olivia Liang in the lead role. Alongside Liang, the cast for the series includes Tzi Ma, Kheng Hua Tan, Shannon Dang, Eddie Liu, Jon Prasida, Gavin Stenhouse, Yvonne Chapman, and Ludi Lin.

The season 2 renewal for the series comes less than a month after the reboot first premiered on the network to solid reviews and high ratings. The pilot episode has amassed a gross audience of more than 3.5 million viewers and saw its audience grow with its second episode. The CW renewed the series alongside granting a season 3 order to DC's Stargirl, which comes ahead of its season 2 premiere on August 10.

“We are beyond proud to continue to share the stories of Nicky Shen and Courtney Whitmore, two strong, powerful young women at the center of this new generation of hit shows for The CW in Kung Fu and DC's Stargirl,” Mark Pedowitz, Chairman and Chief Executive Officer of The CW Network, said in a statement. “While each boasts remarkable talent on both sides of the camera, Kung Fu and DC's Stargirl have not only treated fans to some visually stunning action and high-flying heroics, but they also both strike very powerful emotional chords as they delve into the family dynamics and personal relationships at their core, and we are so excited to see what happens next.” 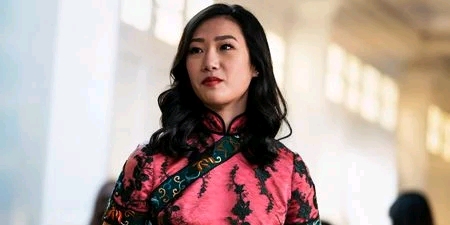 The renewal news for Kung Fu should come as a happy surprise to fans who have connected to the series and who want to see more diverse storytelling on TV, especially in the world of Asian and Asian-American cultures. As HBO Max's Warrior has proven, there's a real hunger for this content and a push for proper representation in the wake of a large wave of racism and violence against the Asian community in the country. With a talented ensemble and thrilling fight scenes, Kung Fu has certainly struck the right chord for this, and fans can look forward to a lot more in the coming weeks.