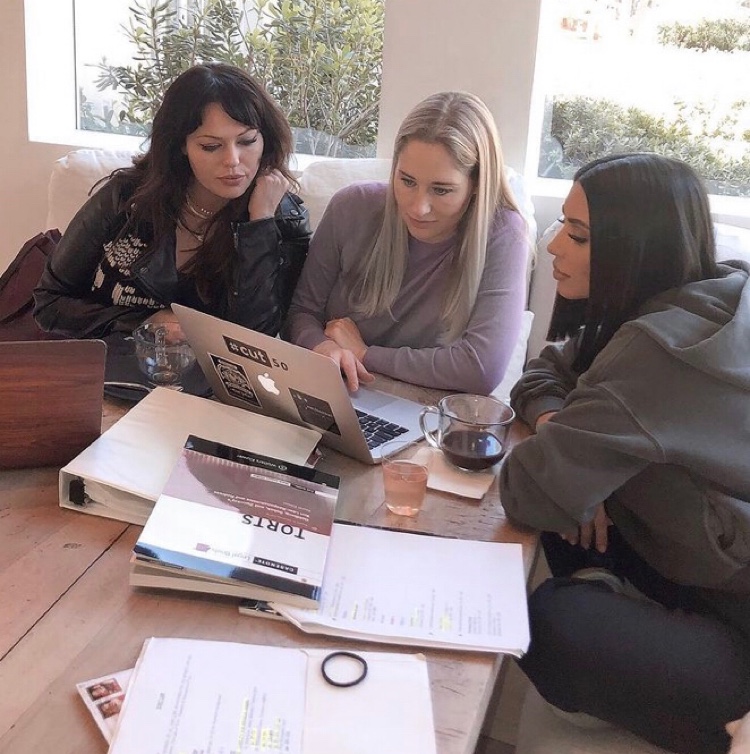 Reports of Kim Kardashian and Kanye West's impending divorce first started circulating in early January, and last week, Kardashian sources confirmed that Kardashian had filed for divorce. A source tells E! that Kardashian, who shares four kids with West, is not thinking about dating yet. ADVERTISEMENT - CONTINUE READING BELOW "Kim isn't ready to date and is not focused on dating yet," the source said. "She's had a rough year and wants to focus on herself and her kids right now." A separate source added: "She has the full support of her family and dating isn't on her radar; she is solely focused on her kids." E! reports that Kardashian knows her friends will set her up on dates when she's ready, but right now "Kim is truly in business mode." In recent years, Kardashian has been working to become a lawyer in the state of California. "Last year, I registered with the California State Bar to study law," she posted in April 2019. "For the next 4 years, a minimum of 18 hours a week is required, I will take written and multiple choice tests monthly. As my first year is almost coming to an end, I am preparing for the baby bar, a mini version of the bar, which is required when studying law this way. I've seen some comments from people who are saying it’s my privilege or my money that got me here, but that’s not the case. One person actually said I should 'stay in my lane.' I want people to understand that there is nothing that should limit your pursuit of your dreams, and the accomplishment of new goals. You can create your own lanes, just as I am. The state bar doesn't care who you are. This option is available to anyone who's [sic] state allows it. It’s true I did not finish college. You need 60 college credits (I had 75) to take part in 'reading the law,' which is an in office law school being apprenticed by lawyers. For anyone assuming this is the easy way out, it's not." In the second half of 2020, reports of West and Kardashian's strained marriage began to surface. At that time, a source told People that while the couple was still together, they "very much live separate lives" and added "Kim has work and projects that are important to her, and Kanye has his. Their lives don't overlap much." #Withmetrust #WhatsHotOnBuzz #Kardashians #BuzzDiscoveries #Celebrity